Your LIFE-TIME discount will be added to your subscription. We will be in contact with you soon for our launch details.
Blog > NFTs explained: what is it, why is it expensive and how you can design one

NFTs explained: what is it, why is it expensive and how you can design one

The world of social media and commerce moves so fast that it can be quite hard to keep up. But fret not, you’re not alone. Some of us find it so hard to keep up and end up getting lost in conversations when certain trending topics come up – and there is no shame in that!

One such trending topic that can be confusing and hard to grasp our mind around is the subject of NFT.

Yes, NFT had its time to shine in the social media spotlight the past few months or so, but it’s never too late to learn about it because it could very well be the future of transactions. That being said, don’t let the jargon – or the ludicrous amount of zeros behind the dollar sign – intimidate you.

This article will break down everything you need to know about NFT, and how you can actually stand to benefit by trying your hand at it.

But first, let’s start with a real-life example with the image below: 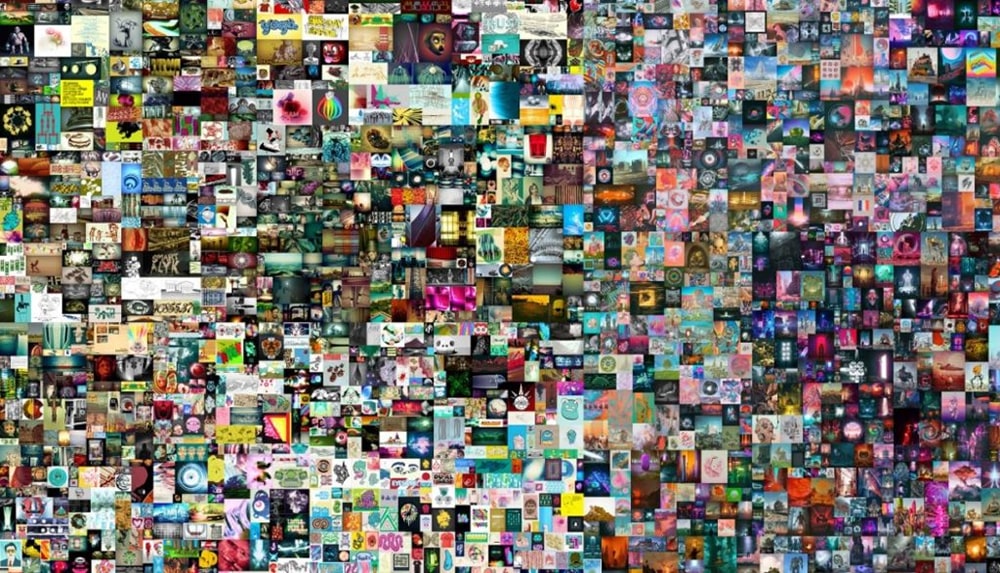 This is digital artist Mike Winklemann’s (otherwise known as Beeple) infamous Everydays – The First 5000 Days single piece of artwork. It is also what we call an NFT.

Before you think that it isn’t anything special or that you can’t even begin to decipher what the artwork is all about, just keep this one fact and only fact in mind: it sold for an astounding US$63.9 million.

Shocked? Amazed? Flabbergasted? Well, following the success of this piece of artwork, he sold another one called Human One just months after for a fairly impressive US$28.9 million: 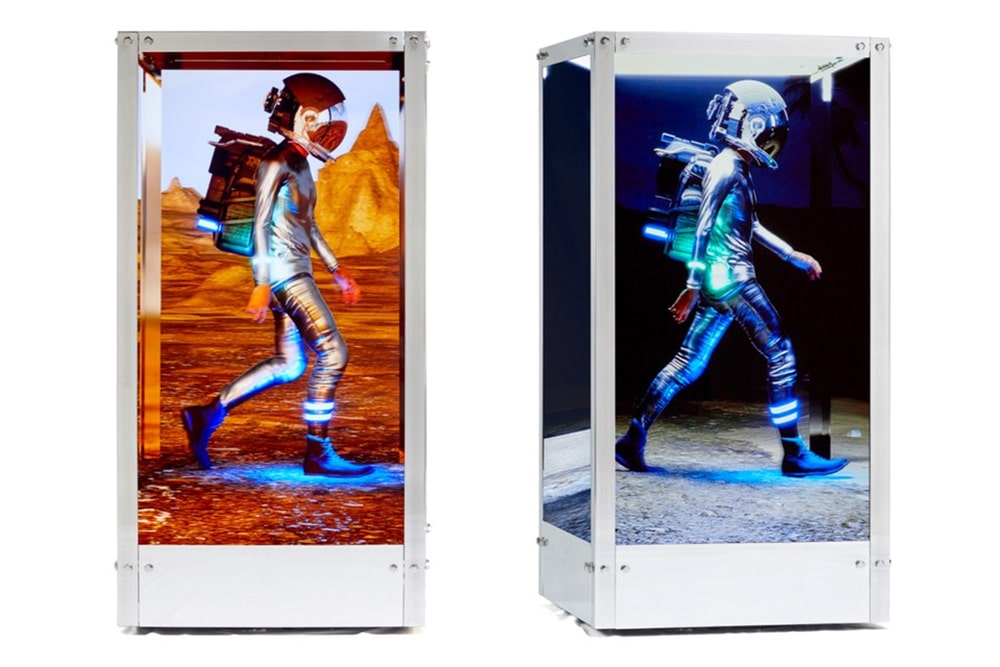 After looking at those two examples of NFT, we know you might have several questions – three of which are probably:

They are bought and sold online, frequently with cryptocurrency, and have unique identifying codes which solidify their very purpose to represent ownership of a virtual item.

This means that NFTs can be anything digital such as music, artwork, video game clips or even tweets! Here’s an example: 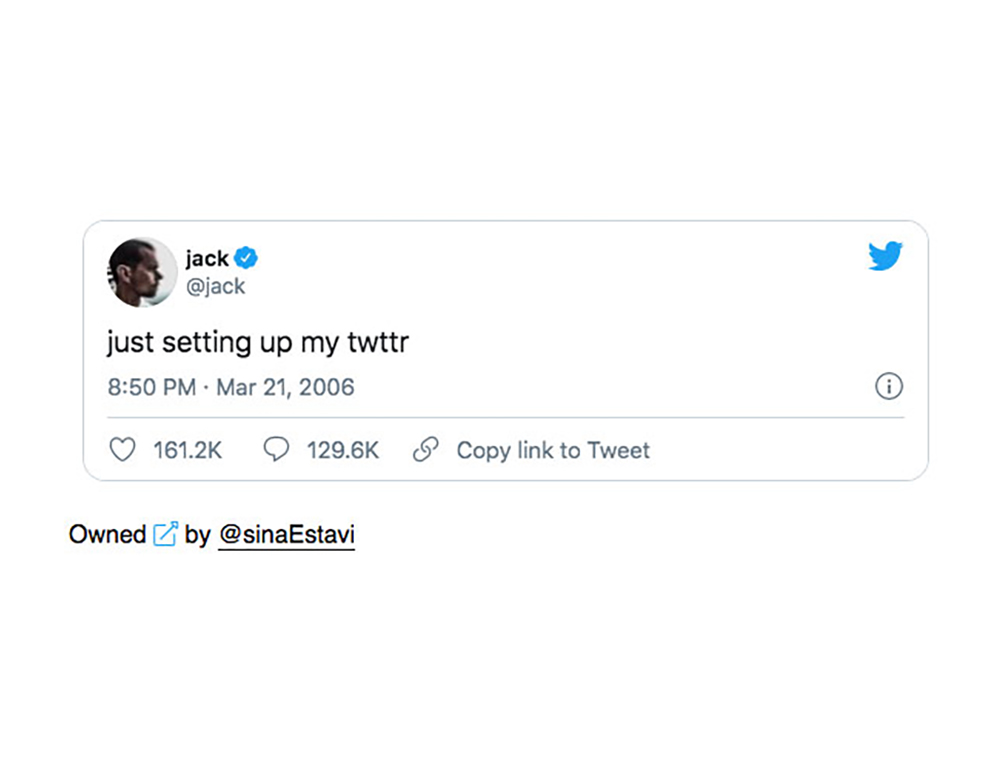 The tweet above was first put up by Jack Dorsey, the co-founder and CEO of social media platform Twitter. It was, as you can see, tweeted 16 years ago for all the world to see but was only recently (in March 2021), sold as an NFT for US$2.9 million.

We can sense you have more questions, but let’s move on to the next point, which may help to put things in a clearer perspective.

How is an NFT different from cryptocurrency? 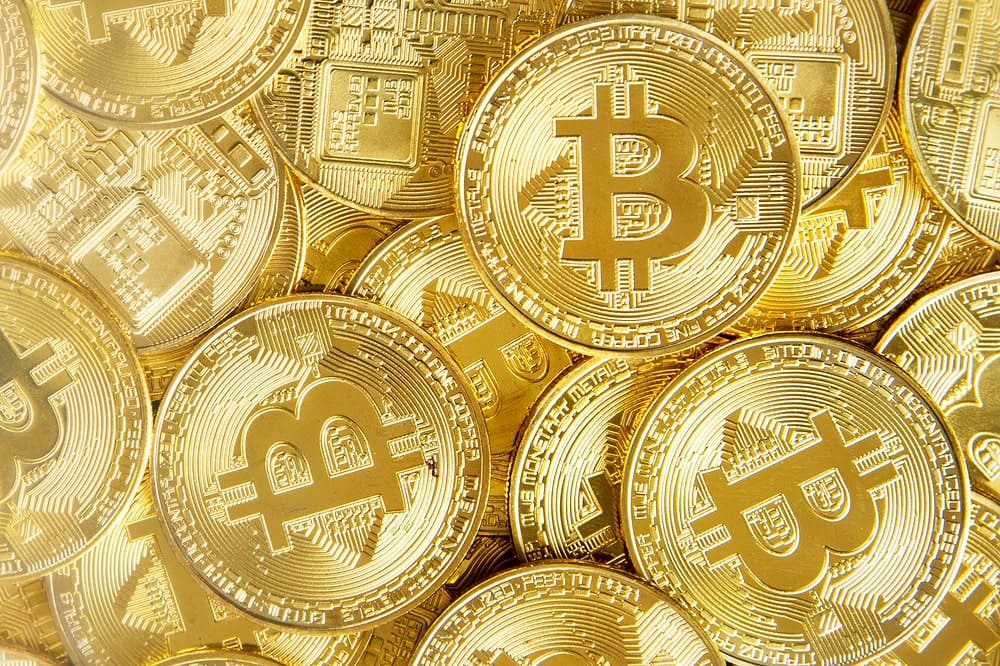 This part can get a little confusing, but stay with us.

Cryptocurrencies such as Bitcoin or Dogecoin are built on the same blockchain technology as NFTs.

However, there is one difference: NFTs hold no monetary value. Instead, as the definition goes, they are used to represent items that are of monetary values – music, art, etc.

Being non-fungible means that they cannot be traded, whereas cryptocurrencies can be traded as they possess innate value. In a more simplified example, you can trade one cryptocurrency for another, just like physical money.

But an NFT is like a one-of-a-kind trading card, there are no two NFTs that are the same, which is why it has been likened to collecting rare, fine collections of digital assets.

You can think of it as similar to collecting rare/one of a kind pair of Air Jordans made of only one unit in the whole world – that's the type of exclusivity each NFT possesses.

How does an NFT work, and what is it used for?

You might have read the point above and thought, “Well, what’s the point of that?”

Similar to how art collectors search far and wide for that rare painting to add to their collection of prized goods, an NFT is pretty much the same case.

Think that, but in digital form.

So aside from bragging rights, you literally have the pleasure of owning something that is digitally unique – similar to how someone who actually owns the original Mona Lisa would feel!

Shopping for NFTs: how to buy NFTs 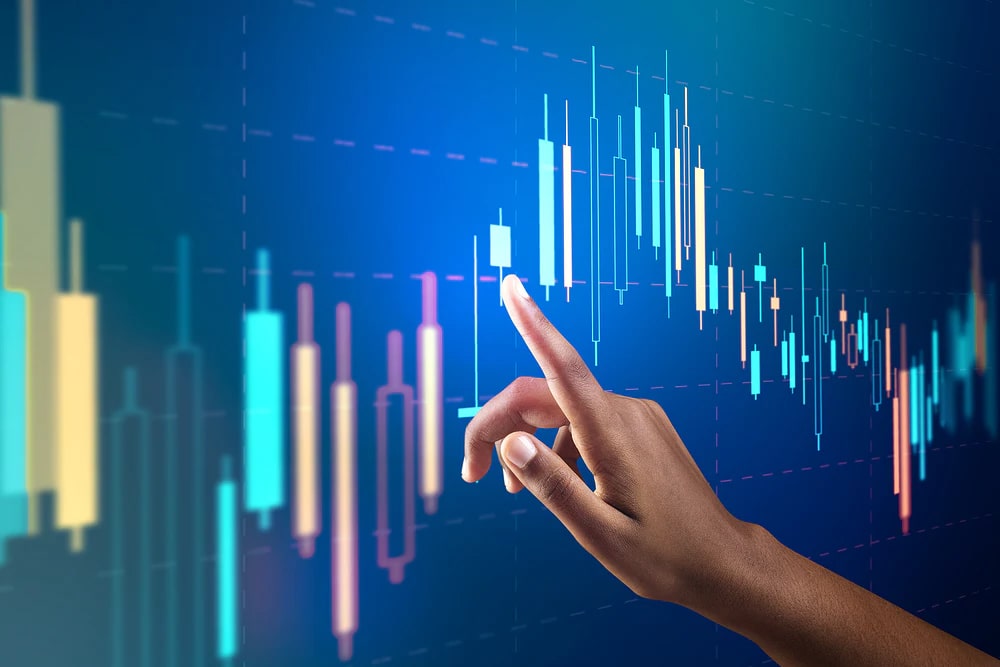 Definitely not an unknown name to the collector community, the OpenSea marketplace was the first NFT marketplace. Today, its traffic remains steady and is now the largest peer-to-peer NFT marketplace globally.

You'd typically find NFT games, music, and other works of art on OpenSea, which may leave you spoiled for choice.

Locally in Malaysia itself, we have seen an impressive launch of the first ever Crypto Art Week (CAWA Malaysia), as well as the rise of an NFT marketplace called Pentas which saw transactions cashing millions of ringgit in NFT sales.

You will find that there is a wide range of NFT artworks created by Malaysian artists that you can peruse – from 3D animations to memes and pure illustrations that embrace the rich and multi-ethnic culture of Malaysia.

If you're curious to explore a more global NFT shopping scene, you can also check out what's available on sites like Kreaterhood that creates an easy platform for anyone to buy and sell.

Its recent partnership with Canadian company Nuvei serves as its global payment technology that allows for a seamless payment across the blockchain.

Should you buy an NFT?

Whether you are purchasing fine art NFT or even the original version of a meme, know that purchasing NFTs comes with great risk as well. Technically, buying an NFT is a lot like being a collector.

It works just like any other speculative assets, where you buy it and see that the value skyrockets one day and you can sell it off for a profit.

Should you design NFTs and sell them?

In a world where we’re so much used to investing in actual, physical things, taking the plunge into the world of digital assets can be intimidating.

At the moment, nobody knows how things will turn out – even big venture capitalists are still in the midst of studying the impact of NFT in the world of investment.

But if you are an investor or someone who’s passionate about trying your luck, taking the gamble and waiting to see where your investments would take you, then one thing is clear: investments are truly about taking risks.

More and more people are being prompted to go down the NFT path – especially since artworks have the chance to fetch millions of dollars.

So, if that sounds like something you’d want to give a go, then the answer is yes, you should absolutely design your own NFT and sell them!

Design your own NFTs for sale with Brandripe 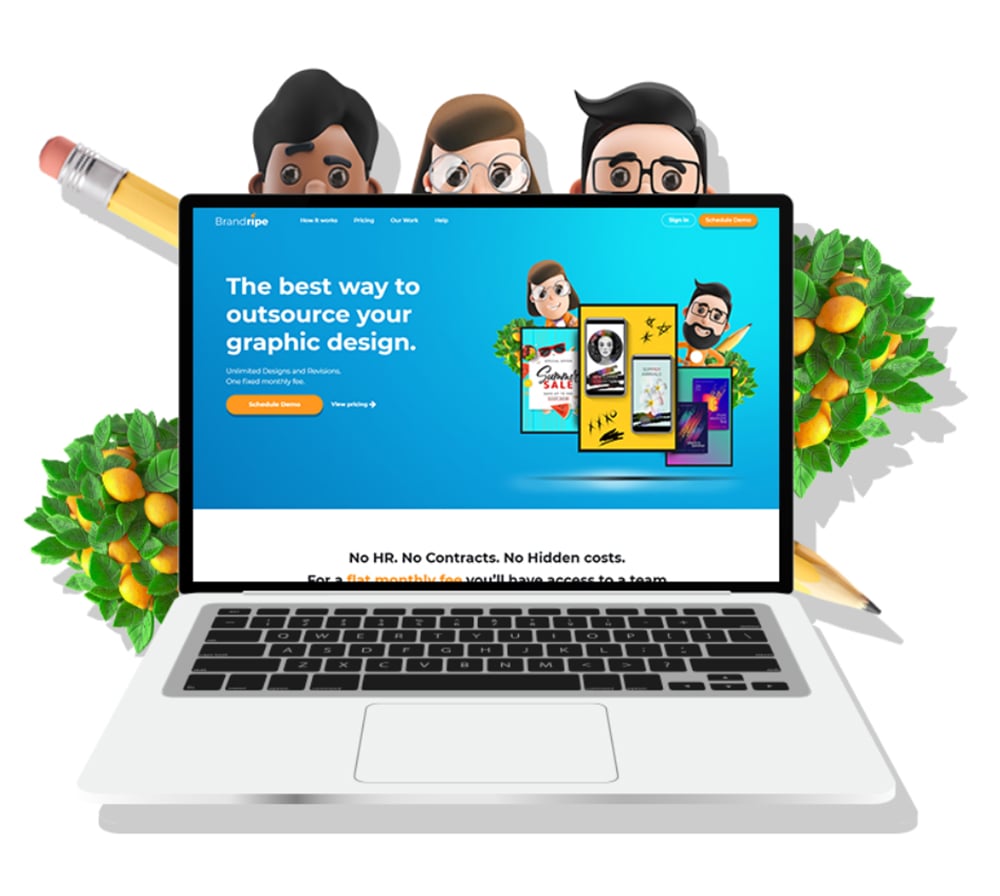 The great part about jumping on the NFT bandwagon is that the possibilities are literally endless. There are so many forms or digital assets that you can create and sell, especially since there is a huge market of NFT collectors waiting to drop cool millions on their desired tokens, especially crypto art.

If you start to doubt yourself, just remember that there is no saying what will and will not capture the attention of some millionaire or billionaire.

Remember the story of that one Indonesian student who made US$1 million by selling his selfies? If his happy accident and venture into the world of NFT made him a million bucks richer, imagine what you can do with your amazing ideas.

But before we get there, let’s talk about planning. The important part of getting there is to have a vision or an idea of what your art should represent. After all, collectors buy things that resonate with them in a much deeper emotional and psychological manner – even if that means stitching together a bunch of selfies in an artful way.

So, if you have some ideas or visions that you’d love to bring to the digital space, look no further than partnering with Brandripe. We offer graphic design services that will cater to your needs – be it physical or non-fungible, and our dedicated team of seasoned creative designers will be at your service.

As we’ve said time and again, having a vision is great, but what gets you to the finishing line is having a reliable creative design partner that can shift its creative touch to not just sync with what you desire, but also what your intended audience is looking for. Whatever it may be, we are ready to take it on.

So, whether you’re looking to engage in Brandripe’s creative services in a flexible manner or long-term, just know that our hassle-free system has no contracts and no hidden fees.

And since we are on the subject of NFTs, which usually mean that the creators are technically the owners of those assets, know that all your designs and NFTs which are created with us are fully and exclusively yours.

Keen to find out more? Let's talk! Schedule a 15-minute VIP demo call with our team today and we'll be more than happy to carve out the entire journey with you and for you, from the process of understanding your vision to externalizing your very own piece of a unique, non-fungible token.

Before you know it, you could be making millions! 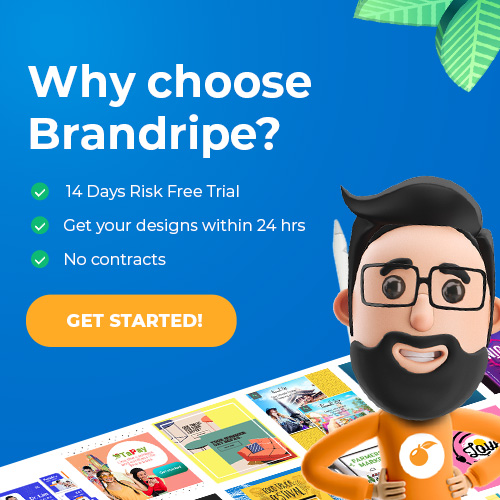 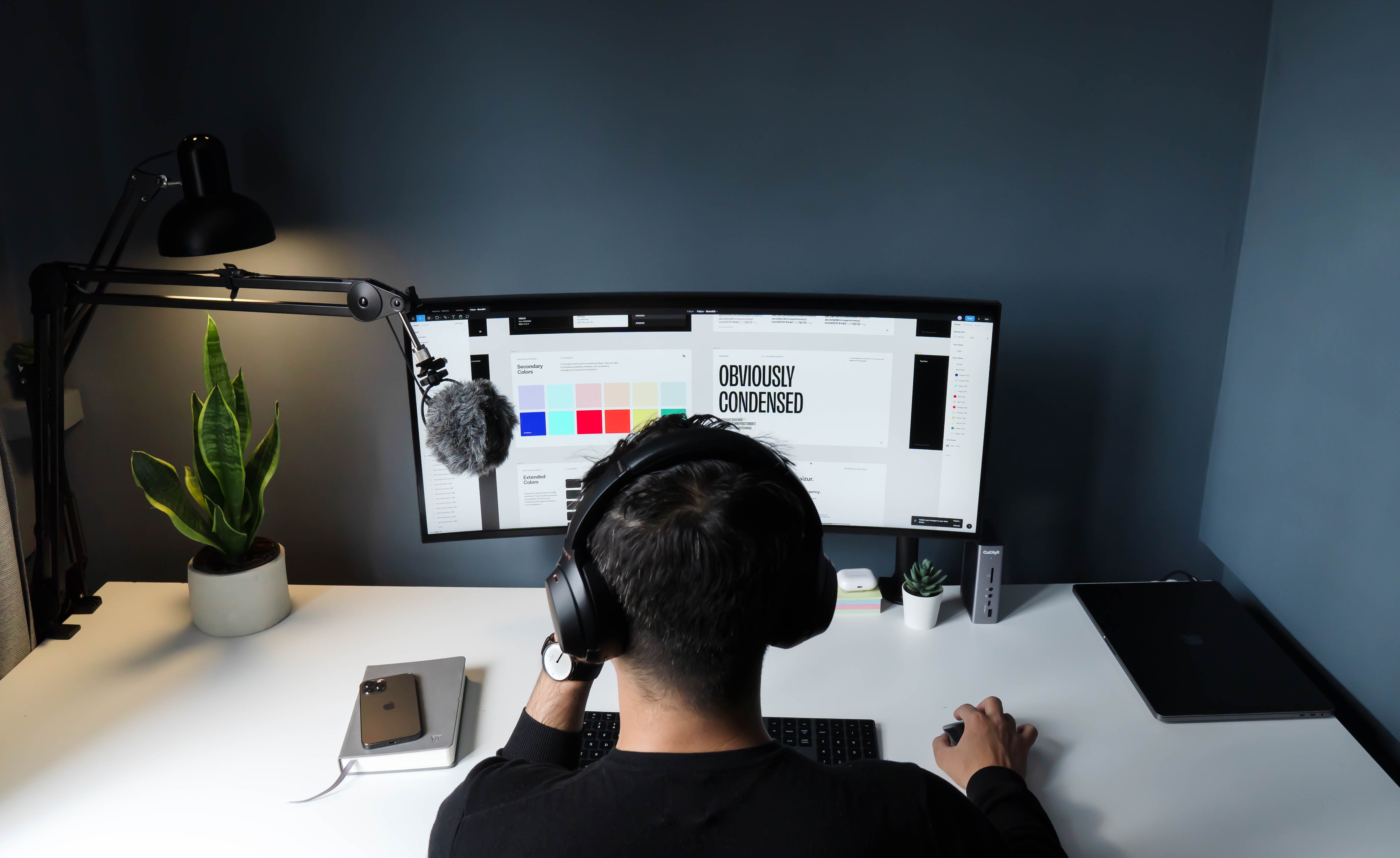 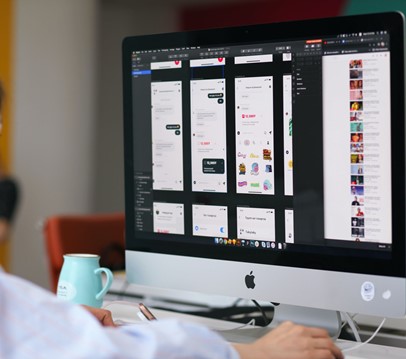 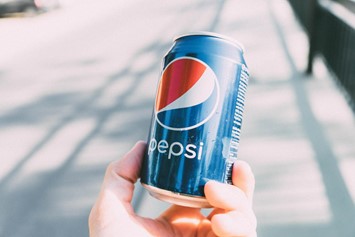 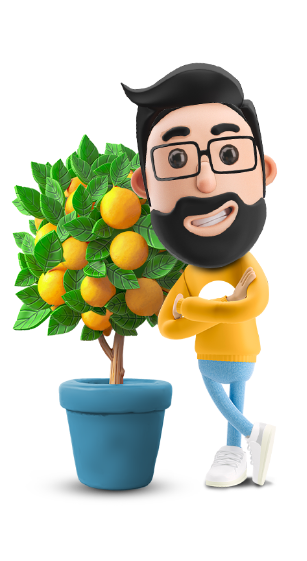 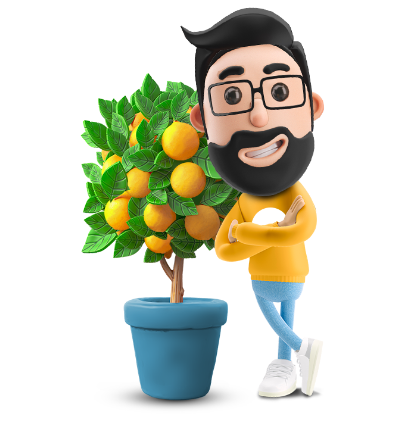